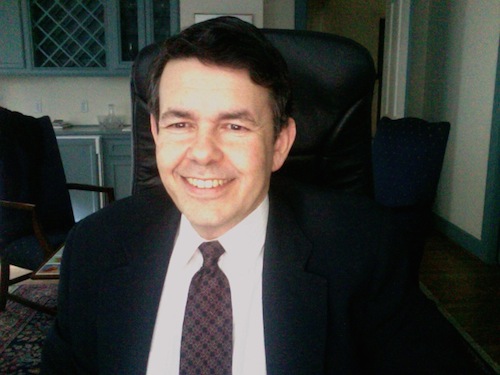 Translating almost from the day he was born

Born in El Salvador, in 1957, Raúl Armando Interiano was the son of a diplomat who in 1960 was stationed in New York and subsequently Washington D.C. In a sense, he was privileged to learn both languages at a young age.

When he returned to El Salvador at age eight, his parents enrolled him in the American School, in San Salvador, where he continued his education in both languages, from grades 3 through 12.

After graduating from the American High School, he spent two semesters in the Catholic University of El Salvador,  where he studied engineering and languages, foremost among them, Portuguese.

Having been accepted to the United States Military Academy at West Point, Raúl spent four years getting a well-rounded education that included engineering, sciences, law, and languages, including German, having already been declared proficient in the Spanish and Portuguese languages.

Upon graduation from the United States Military Academy at West Point, he served his commission during the war years in El Salvador, with a brief hiatus in which he obtained a one-year Master’s Degree in Electrical Engineering from Rice University in Houston, Texas.

Upon his honorable discharge in 1989, Raúl came back to the United States as a graduate student at Texas A&M, but was soon hired by Compaq Computer Corporation, where he spent four years and earned several patents. One of the highlights of his career at Compaq was Raul’s quick learning of enough Japanese to enable him to head a joint project between Compaq and the Citizen Watch Company.

In 1992, he decided to become a full-time translator, taking advantage of the onset of two events: the North American Free Trade Agreement and the Internet.

Very quickly, he was contracted by several companies for their energy projects in Latin America, including the successful Bolivia-Brazil Gas Pipeline, at which point Raul and his company, Interiano-Hubbard, Inc., were the only translators translating for YPF of Bolivia, El Paso Energy, Enron and Petrobras (and their attorneys), which companies were the partners in the Bolivia-Brazil Gas Pipeline Project.

Raúl has been successful at the head of his company Interiano-Hubbard, Inc., because he is the main translator, and his lifetime of language and translation experience is brought to bear in each translation Interiano-Hubbard, Inc. delivers to its clients. But in addition to such wealth of ability and experience, Raúl knows the value and importance of meeting deadlines, a discipline thoroughly instilled in him by his military training and career.

One of Raul’s major projects has been the authoring and translating of his novel “The Black Crusade”, under his middle name and surname, Armando Interiano.   It can be found at Amazon.com: THE BLACK CRUSADE: A Novel of International Intrigue and Revolution: 9781937592882: Interiano, Armando: Libros

We Perform Translation and Interpretation Services for:

Major projects we have worked on: